General aviation: the United States and China can win

Column：INDUSTRY INFORMATION Time：2016-08-09
On December 7, we will celebrate International Civil Aviation Day in China and around the world to promote awareness of the importance of international civil aviation in the socio-economic development of countries.

On December 7, we will celebrate International Civil Aviation Day in China and around the world to promote awareness of the importance of international civil aviation in the socio-economic development of countries.
In line with the significant growth of China's overall economy, China's commercial aviation has also grown at a double-digit or nearly double-digit rate in the past 20 years, making China the world's second-largest aviation market. China's resources and efforts to improve the safety of its commercial aviation operations are also remarkable. By working with regulators in developed countries, especially the FAA, China has been able to improve its safety record and become one of the safest flight destinations today. We commend China's efforts to develop commercial aviation to meet the needs of its economy and its citizens while protecting the lives of its passengers.
In addition to commercial aviation, civil aviation also includes a little-known side of the social and economic benefits. General aviation is generally defined as all civil aviation except commercial aviation. Examples of general aviation include business aviation operations, pilot flight training, emergency response missions, and sightseeing activities. In the United States, general aviation has been and will continue to be a source of economic strength, helping to make the U.S. economy more productive and provide jobs. According to industry reports, business aviation alone contributes more than $150 billion to U.S. economic output.
For China, the potential benefits of general aviation are diverse. For example, general aviation helps to promote the development of China's inland areas. One of the biggest problems with doing business in less developed areas is the lack of transport infrastructure, especially when a company's headquarters are away from its factories and facilities. General aviation is the most efficient way to solve this problem.
General aviation improves productivity by allowing management and staff to visit and supervise satellite plants and offices on their own schedule in a short period of time. In the United States, 70% of business aviation passengers are not senior executives. They are the managers, technicians and sales people who are responsible for the daily operation of the company. In addition, 60% of companies using business aviation have fewer than 500 employees. In other words, business aviation is not specifically targeted at CEOs of large multinational companies. On the contrary, it is a common tool for managers of small and medium-sized American enterprises seeking to maximize efficiency. In general, even when commercial flights are available, companies will choose general aviation because it has more flexibility and shorter total travel time. It can keep employees in closer contact, thus helping to improve productivity before, during and after travel.
The second example is the key role of general aviation in security and rescue operations. When a disaster strikes, aviation is often the only mode of transportation available to a country in the initial critical phase of emergency response. With a diversified, mature and developed general aviation industry, the government has more tools available to deal with disasters and help citizens. Similarly, general aviation is the backbone of increasing agricultural output through agricultural aerial operations and through national power generation systems, which can only be built and maintained using helicopters and small aircraft. All of these examples relate to how general aviation directly affects the daily lives of ordinary citizens, from the lights they turn on to the food they eat to their ability to cope with sudden disasters.
Compared with about 220000 registered private aircraft in the United States, China, with a similar geographical area, has less than 2000 registered private aircraft. China still has a lot of work to do to realize the potential benefits of general aviation. However, the recent simplified procedures adopted by China's aviation regulatory authorities for private flight approval and private pilot licensing are positive steps to achieve this goal. As in the case of commercial aviation, US regulators and industry are ready to assist as China moves forward with the development of the general aviation market. We are pleased to share with you our more than 100 years of experience as a pioneer in general aviation and are confident that we can find another "win-win" opportunity for cooperation between our two great countries. 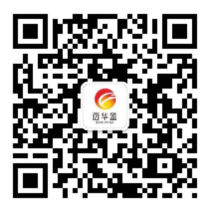